The Most Useful Legal FAQs for living and working in China!

Living in China can be thrilling and challenging. There is some fundamental knowledge you need to survive the game. We have collected 7 basic, yet super useful FAQs about Chinese labor law, social insurance, personal income tax, buying a property and getting marry in China.

Q1: Whether Chinese labor law is applicable to the foreign employee?

Answer: Yes. Even though in a labor contract certain clauses can be freely agreed by the foreign employee, such clause shall not violate any mandatory provision of Chinese labor law, such as probation period, salary standards in and after probation period. In no event shall the employer disclaim its legal obligations or liabilities thereof or eliminate the employee’s legal rights and benefits. If you have all necessary work certificates in China, any employer who want to terminate your labor contract without justifiable reason will have to pay heavy compensation to you as long as you lodge an arbitration/lawsuit against it.

Q2: Does my Chinese employer need to pay for the social insurance for me?

Answer: Definitely. As per relevant regulations issued by Ministry of Human Resources and Social Insurance of China, it is compulsory for the Chinese employers to pay for the social insurance premiums for the foreign employee. However, speaking frankly, it is good for a foreigner who works and lives in China until he/she retires, then he/she can receive retirement salary, but if a foreigner leaves China only after a few years of staying/working, it takes quite some procedures to withdraw the money out. Also we know that many foreigners come to China to work because they are sent by their employers in their motherland, where they are protected by social welfare system, so sometimes it is not a serious problem whether to buy you social insurance in China.

Q3: Do I have to pay personal income tax in China?

Q4: What are the conditions for buying a property in China as a foreigner?

Answer: Foreigners should have been residing in China for more than one year before buying a residential house or apartment. Each foreigner can only purchase one residential property in China. You need to show your passport or similar identity document, sign the contract, make notarization and also need to get approval from the local government. A foreign venture entity also has the right to purchase real property with necessary documents and proofs. Due to cultural difference and language barrier, there can be misunderstanding even dispute between buyer and seller so you need to be careful in signing a purchase contract always.

Answer: Yes. Two foreigners can get married in China if the following conditions are met:

- Valid certificate issued by their country to recognize their own resident abroad for marriage registration.

China allows only one husband and one wife, but if you have a spouse and get married to another person and constitute bigamy, you will be sent into prison only if your spouse reported to the police/court in China. Adultery is not a crime in China but slightly condemned by people

Q6: How to file a lawsuit in China as a foreigner?

Answer: The plaintiff shall submit a complaint letter signed by himself to the people's court having jurisdiction. If foreigners participate in litigation in China, they can choose to entrust a lawyer or not. If they do, they must entrust a certified Chinese lawyer. If the lawsuit evidences come from outside of China, it is also necessary to perform notarization and embassy/consulate authentication procedures. Where the written materials submitted by the parties to the people's court are made in foreign languages, their Chinese versions need to be rendered to the court with certification done by a translation company registered in China.

Q7: What I cannot drink, eat, smoke in China?

Answer: Basically you can drink anything you want, eat anything you want, smoke anything you want. But, China is very strict in fighting against drugs, i.e. only cigar and cigarettes are legal in China. If you smoke marijuana/weed you are violating the law here in China; if you sell marijuana to anyone around you, you will be arrested and sent to prison. There is a weed addict who bought weed of small quantity for his own use but sometimes he sold to his friends by only adding a few RMB and was sentenced to 3 years imprisonment, which is a real case. So always be careful not to divulge yourself in anything legal in your country but illegal in China. 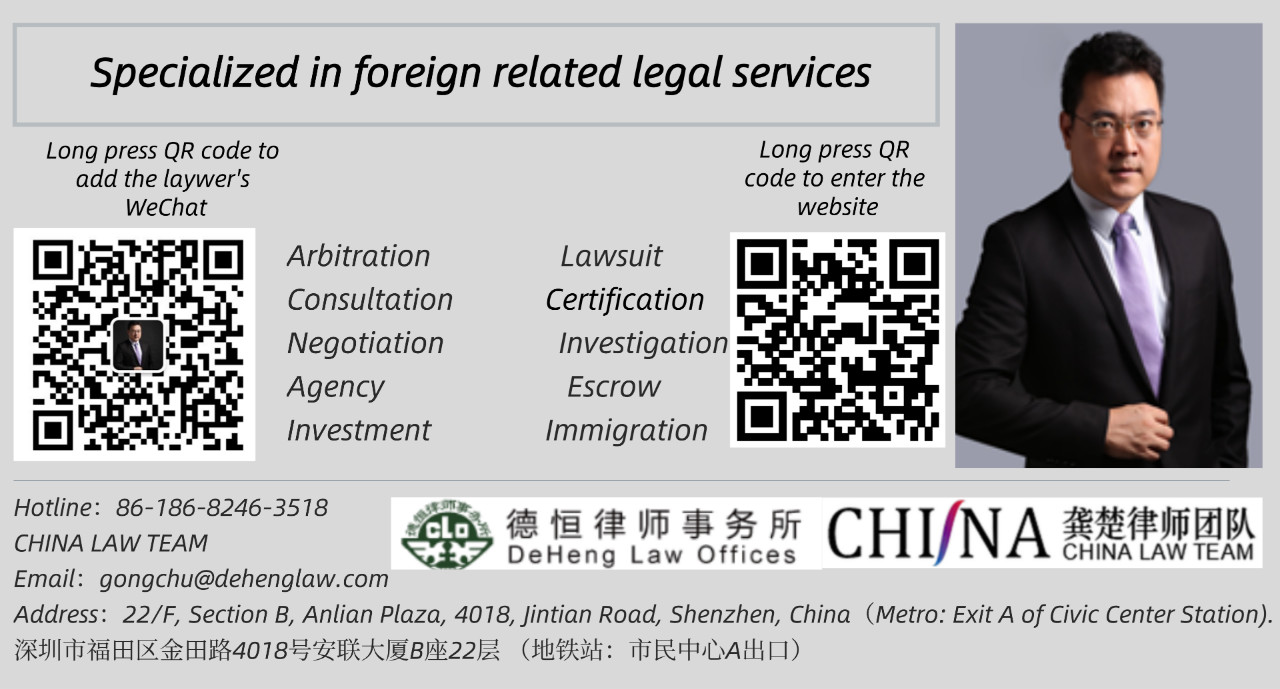 How can I get my driving license in China?

Pet relocation: How to Bring My Pet into China?

3 Visa/Mastercard Options in China for Foreigners

3 Super Useful WeChat Features You Need to Know About!